R-22 was the most common refrigerant used in HVAC systems for decades. However, R-22 is a Chlorofluorocarbon (CFC) which has been phased out under the Montreal Protocol since it is an ozone-depleting substance. In fact, starting in 2020, it is illegal to produce R-22 in the United States. Consumers can still operate existing R-22 systems using gas which was produced before 2020 (allowing them to replace aging A/C equipment in an appropriate manner), but R-22 supplies will not last forever. A variety of replacements provide alternatives that can be used without replacing R-22 systems.

There are two categories of R-22 Hydrofluorocarbon (HFC) replacements: drop-ins and retrofits.

Starting in 2010, the EPA no longer allowed the manufacturing of R-22 equipment. Manufacturers began making R-410a-based home air conditioning systems to provide new units that utilized an HFC instead of a CFC. Despite being used in the same application, R-410a cannot be used in R-22 units or vice versa. This is because R-410a systems operate at much higher pressures than R-22 systems.

As current regulations seek to phase out HFCs for lower global warming potential alternatives, there is the possibility that R-410a will be soon be replaced as well. Hydrofluoroolefins (HFOs) appear to be the future of refrigerants as they are non-ozone depleting substances that have lower global warming potentials than HFCs and none of the ozone-depleting qualities of CFCs. 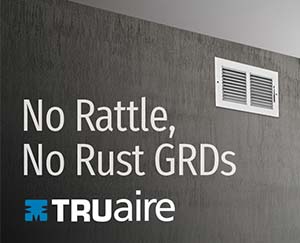